WP Rocket is a $39-dollar caching and performance optimization plugin built by WP-Media to improve the loading speed of WordPress websites. I use it on this blog. Lets take a closer look at what it does and whether you should consider using it. 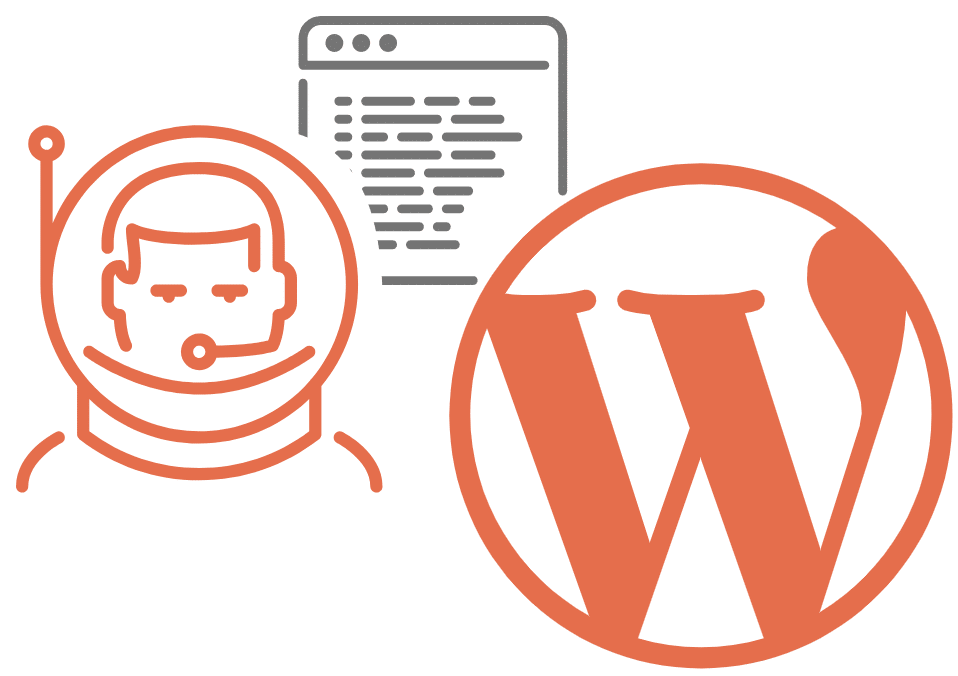 WP Rocket makes WordPress load fast with just a few clicks of configuration information. It was introduced in 2014 and already powers more than a half million WordPress web sites around the world, including this blog. If site performance is important to you, but you lack the time or interest to delve into technical minutia then this is a good solution for you.

WP Rocket only takes a few minutes to install, and it automatically integrates the latest performance features: lazy loading of images, deferred loading of JavaScript, minification of HTML code, concatenation and minification of CSS and JavaScript files. WP Rocket is as complete as it is simple to configure, even for beginners. Unlike other plugins, you don’t need to be a rocket scientist to configure this one.

When I first starting blogging I began my performance optimization journey by installing a popular free plugin called W3 Total Cache that is technically capable of doing a lot of what WP Rocket does, with the caveat that I spent a lot of time on configuration and performance tuning tasks. As my client list grew, I found myself spending an hour a day or more troubleshooting a range of weird optimization problems on many of my sites; all of which were be caused by W3 Total Cache. The problems disappeared immediately after I switched to WP Rocket.

Performance optimizing plugins like WP Rocket are important if your site includes dynamic content like suggested links, blogging categories, or an ecommerce solution like Woo Commerce. Advanced web publishing features like these generally require that you also install some kind of performance optimizer. Otherwise, your site may appear sluggish to visitors, potentially costing you traffic.

The product team at WP Rocket focuses on four key areas of performance optimization: page caching, cache preloading, static file compression, and delayed browser image loading. We’ll take a closer look at each of these factors in more detail below. But more generally, I’ll comment that I’ve not been able to match WP Rocket’s overall page performance with any competing alternative. 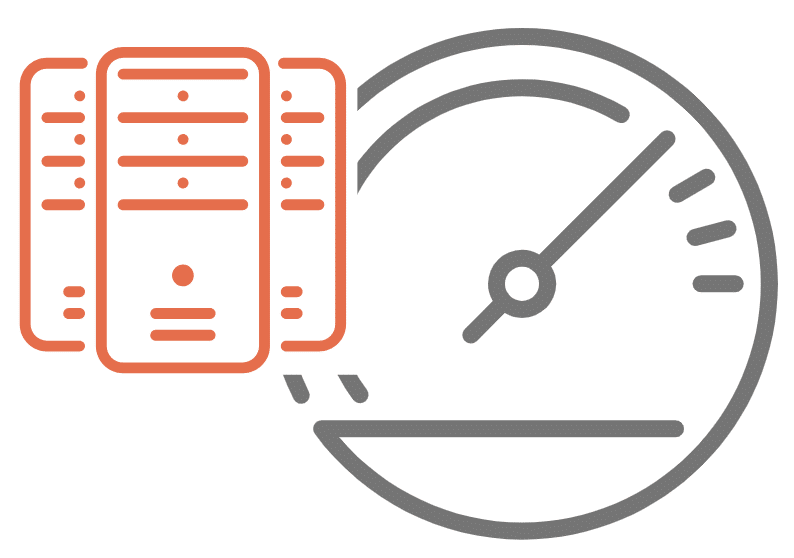 Caching creates an ultra-fast load time, essential for improving Search Engine Optimization and increasing conversions. When you turn on WP Rocket, page caching is immediately activated. The thing is, caching page content is painfully simple: WordPress’ internal wheels & gears churn and grind to create a web page for you, and then afterwards, a plugin caches the results so that the next time the page is requested, the cached results are returned in a fraction of the time. The real challenge is knowing when to get rid of these cached results. Any change to one of your web pages necessitates a cache invalidation. While this sounds simple in theory, in the case of WordPress even a simple web page includes dynamic content like say, a related posts slider that needs to be updated on all posts whenever you publish a new post. The genius of WP Rock is in its ability to detect all of the small nuances in your page content, and then only clearing the fractional part of its cache that really should be invalidated, leaving the rest of the cache in place. Other plugins that I’ve evaluated fail miserably at cache invalidations. 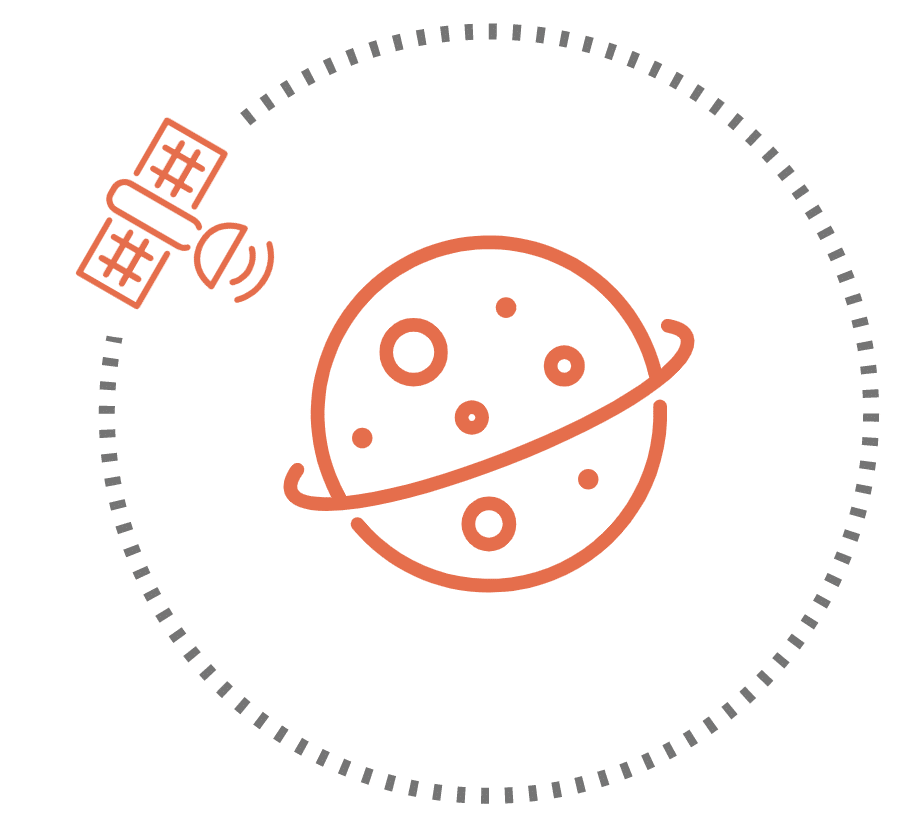 Because the WP Rockets crawler simulates a visit to preload the cache, the indexing of your website by search engines is instantly improved. Search engines take into consideration the time it takes to load each of your web pages. It’s therefore important that web crawlers NOT be the first Internet creatures to venture upon one of your pages, while it remains as-of-yet uncached. Quite the contrary, WP Rocket has its own self-hosted crawler bot that visits your site, generating cached files of each page so that when human visitors come to your site they immediately get the fast, cached version of the page. It also has a sitemap preload feature that seamlessly integrates with the sitemap generator feature of Yoast. 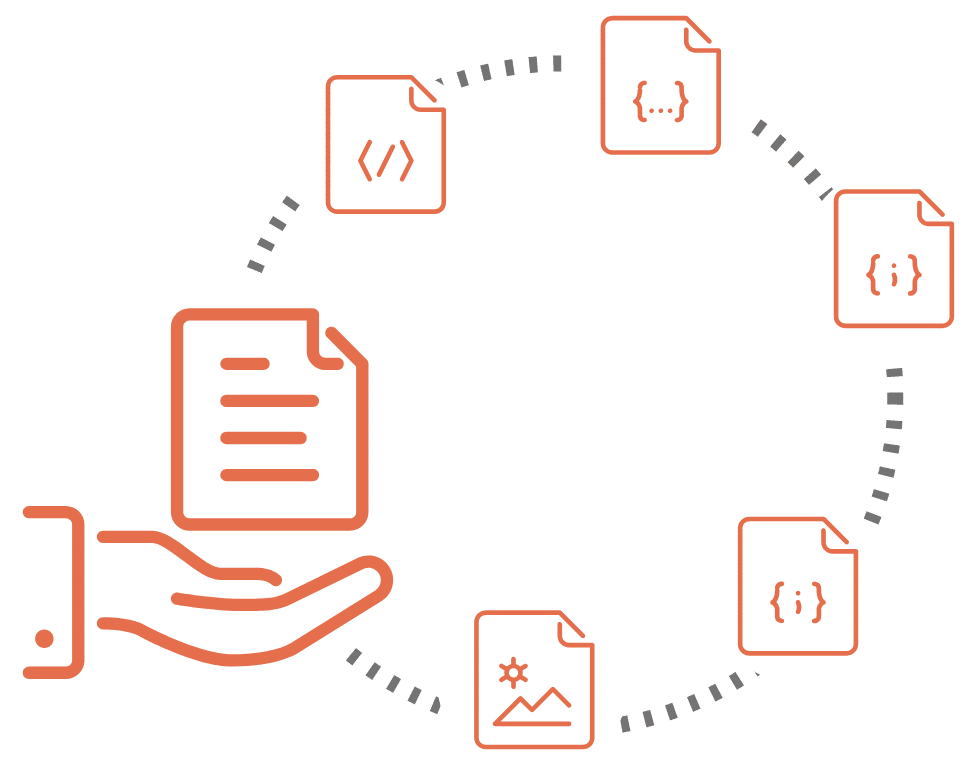 WP Rocket reduces the weight of your HTML, JavaScript and CSS files through minification. Minification is a ridiculously simple process of removing unnecessary blank spaces, comments, tab characters and carriage returns in order to reduce the size of files prior to sending them to the browser. Once again, in practice there is more to this than meets the eye. There are multitudes of quirks and inconsistencies between browsers that one must take into consideration; so much so that all other plugins that I evaluated would routinely break one or more of my sites when I attempted to enable minifications. WP Rocket however not only does this well, but it actually requires virtually no parameters nor options whatsoever: you either enable or disable minifications, and that’s it! Really simple, works great. 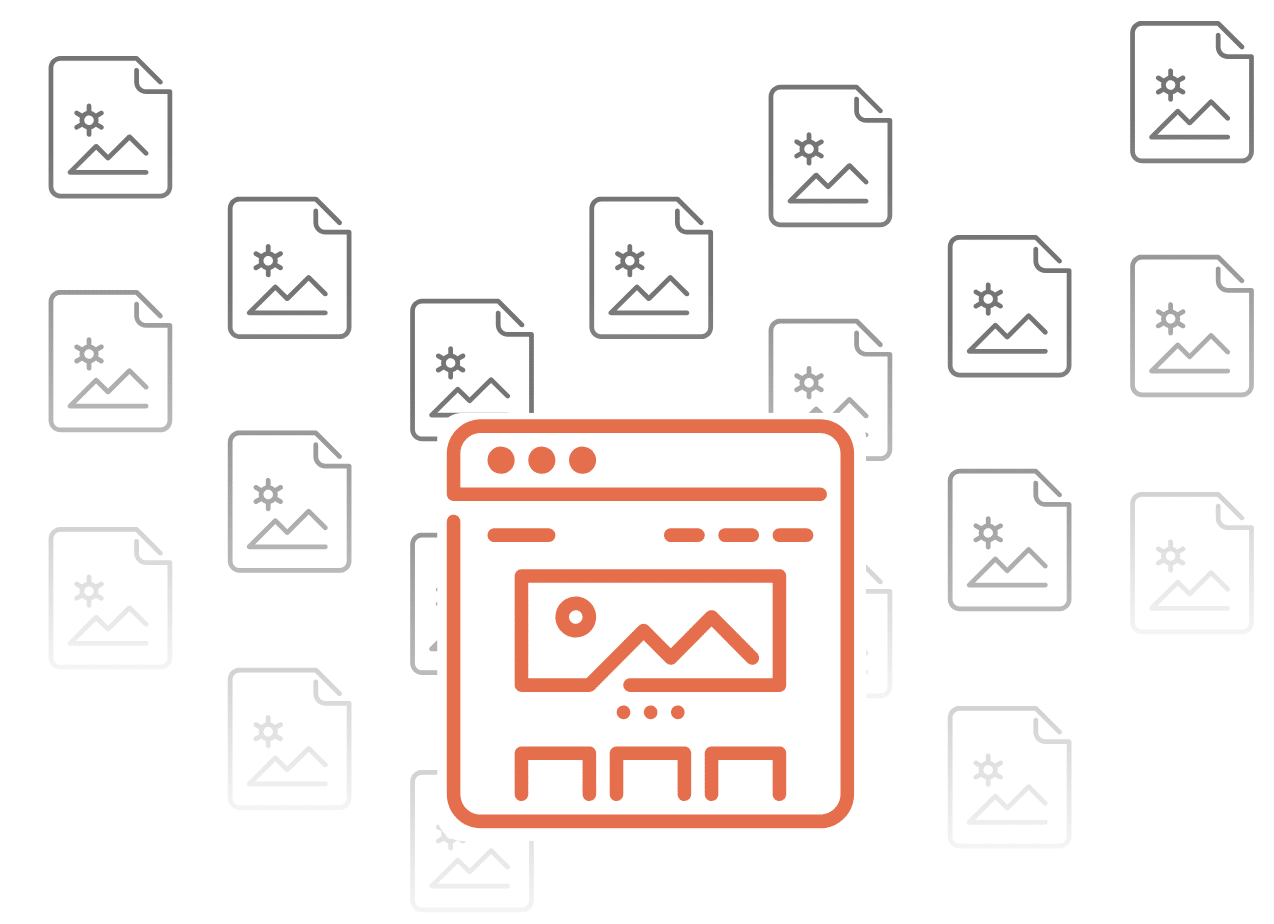 Images are loaded only as your visitor scrolls down the page, improving the load time of the page. YouTube, Facebook, Yahoo and other major websites use this technique to not only improve their users’ page performance but also to help them decrease bandwidth usage. This tends to be the most impactful performance improvement, second only to page caching. What’s happening within the browser might not be intuitive, and if not then I suggest that you carefully watch the page rendering behavior of the following web page:

In particular, you should notice that image are retrieved as the appear in the “fold” (the section of the page that is currently appearing on your screen). By deferring image loads until the last possible moment helps performance in a couple of ways. First, it evenly distributes the work load of requesting, downloading and rendering the image. But more importantly, it skips downloading of images altogether except for image that the visitor really intended to view. This in a nutshell is why this feature has so much impact to page loading performance from the visitors’ perspective. Perhaps more importantly however, no other plugins that I evaluated offer this feature.

Looks can be deceiving. Though WP Rocket appears simple based solely on the configuration screens, it actually contains even more features and functionality than W3 Total Cache as well as any of the other solutions that I evaluated prior to purchasing this plugin.

To get a full appreciation for the comparative simplicity of configuration this plugin it behooves you to evaluate some other alternatives. Follow is the complete set of screenshots for this plugin: 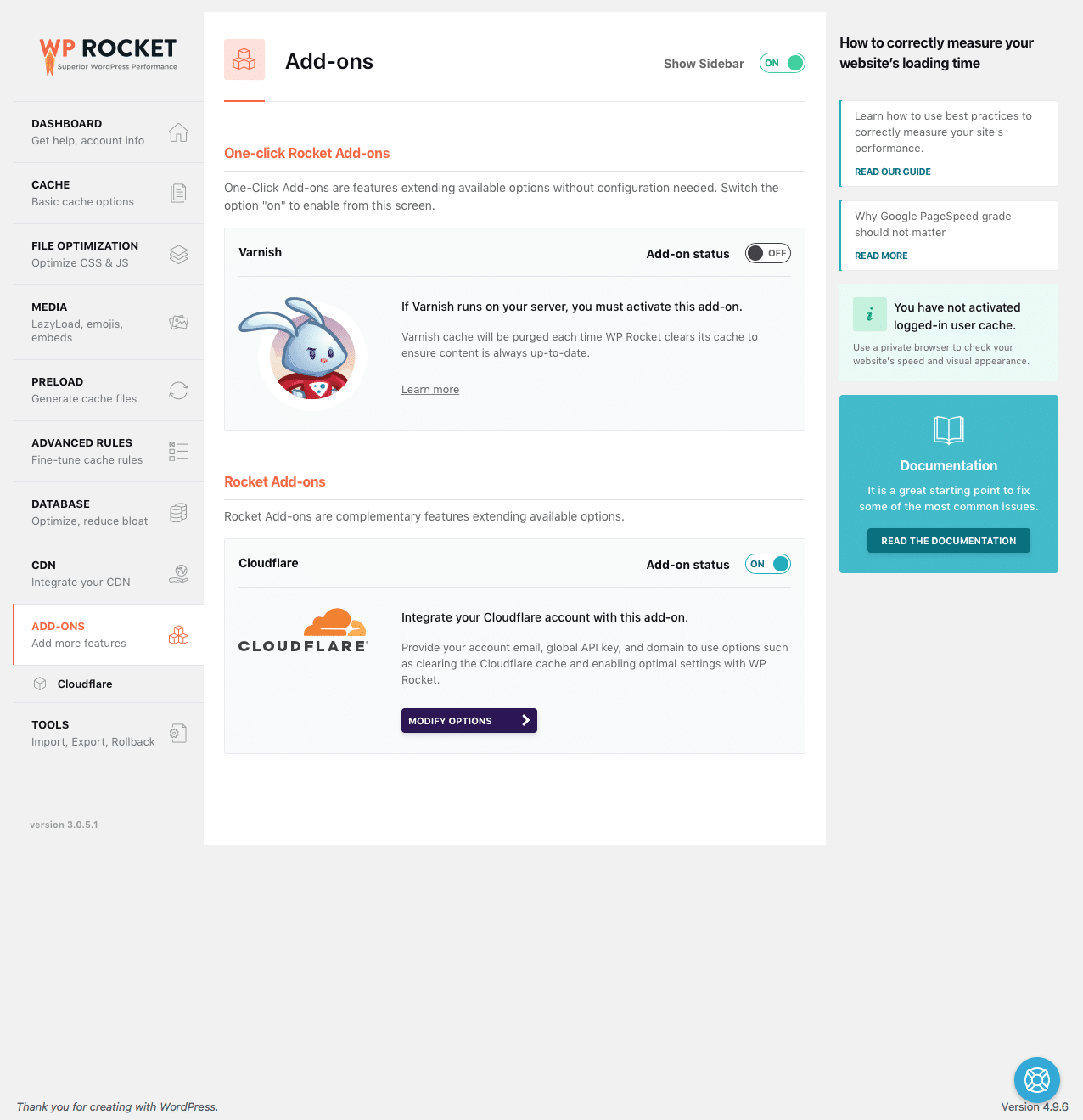 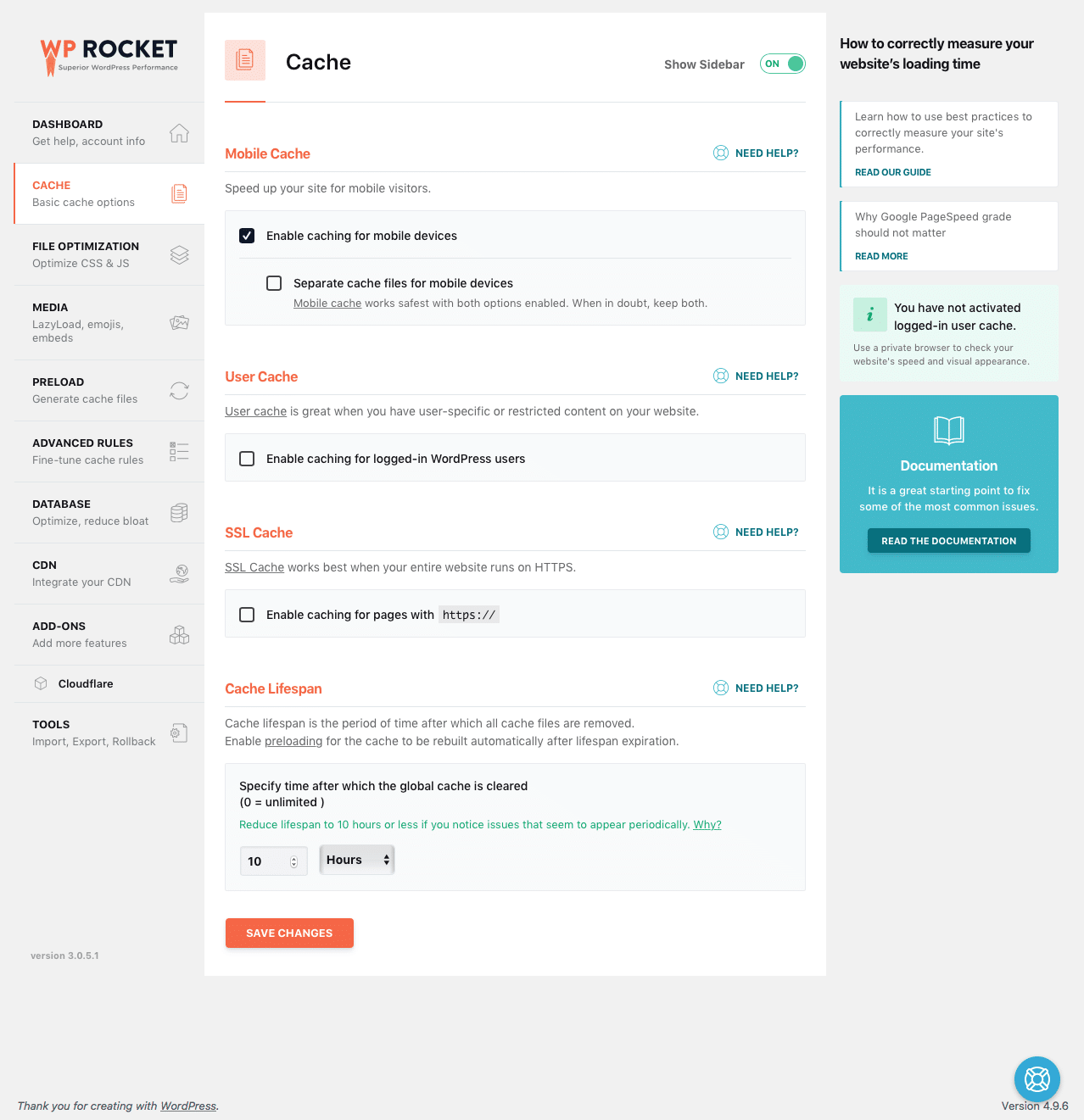 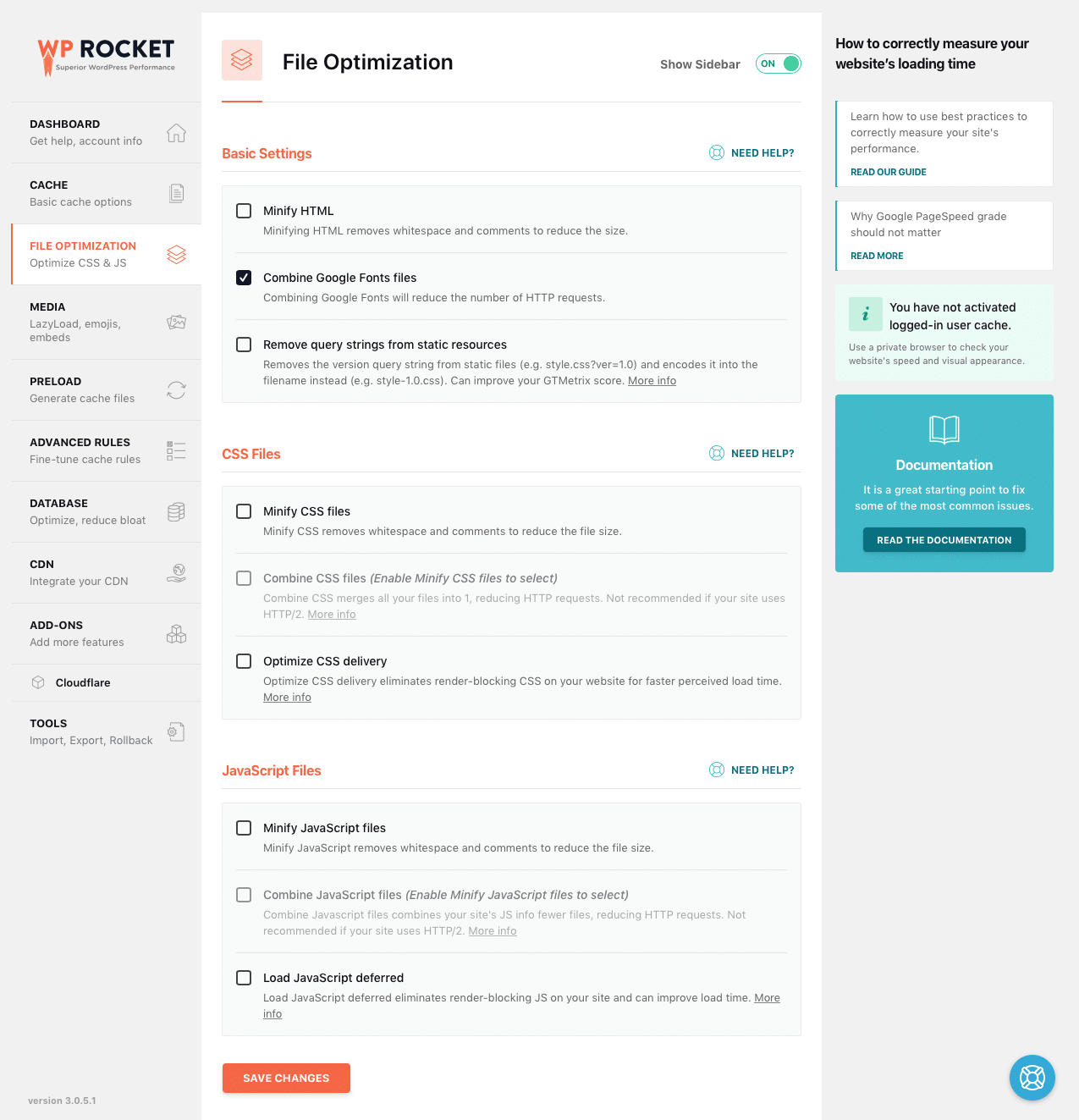 You can buy the plugin directly off the WP Rocket web site or by clicking anywhere on the pricing panel below (it’s the same link).